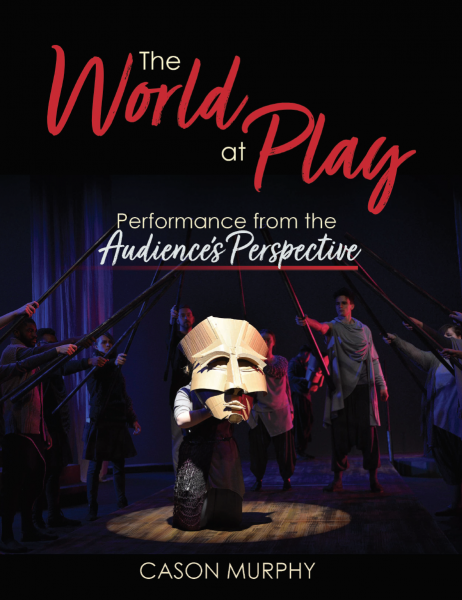 Assistant Professor of Theatre Cason Murphy has authored “The World at Play: Performance from the Audience Perspective,” a first edition textbook published by Kendall Hunt Publishing. The text, which will make its debut this fall in Iowa State’s THTRE 106: Introduction to the Performing Arts class, features many photos from recent ISU Theatre productions.

“The World at Play” offers an audience-oriented view of the forms of theatre, dance, music, film, television, podcasting, video gaming and other performance events. The textbook provides an introduction to performance and audience reception studies, strategies to enhance students’ critical perspectives (including a stimulating and easy-to-use “Critic’s Checklist”) and an in-depth analysis of each the major live and recorded performance mediums and the qualities that make them so unique. A glossary of terms is provided as a quick reference for those looking to become conversant about their own performance viewing.

The textbook uses Murphy’s own research, up-to-date sources from across the field of performance practice and theory; and input from students and classroom use. At Iowa State, this new text will replace “The Audience’s Perspective,” written by former Iowa State professor David Hirvela and used for several decades in Iowa State classes.