Congratulations to alumni who have received 2017 awards from the College Liberal Arts and Sciences!
Each year the College of Liberal Arts and Sciences presents awards to outstanding alumni and friends of the College. These awards include: Citation of Merit, Distinguished Service Award, John V. Atanasoff Discovery Award, Carrie Chapman Catt Public Engagement Award, Dean’s Arts and Humanities Award and Young Alumnus/Alumna Award. 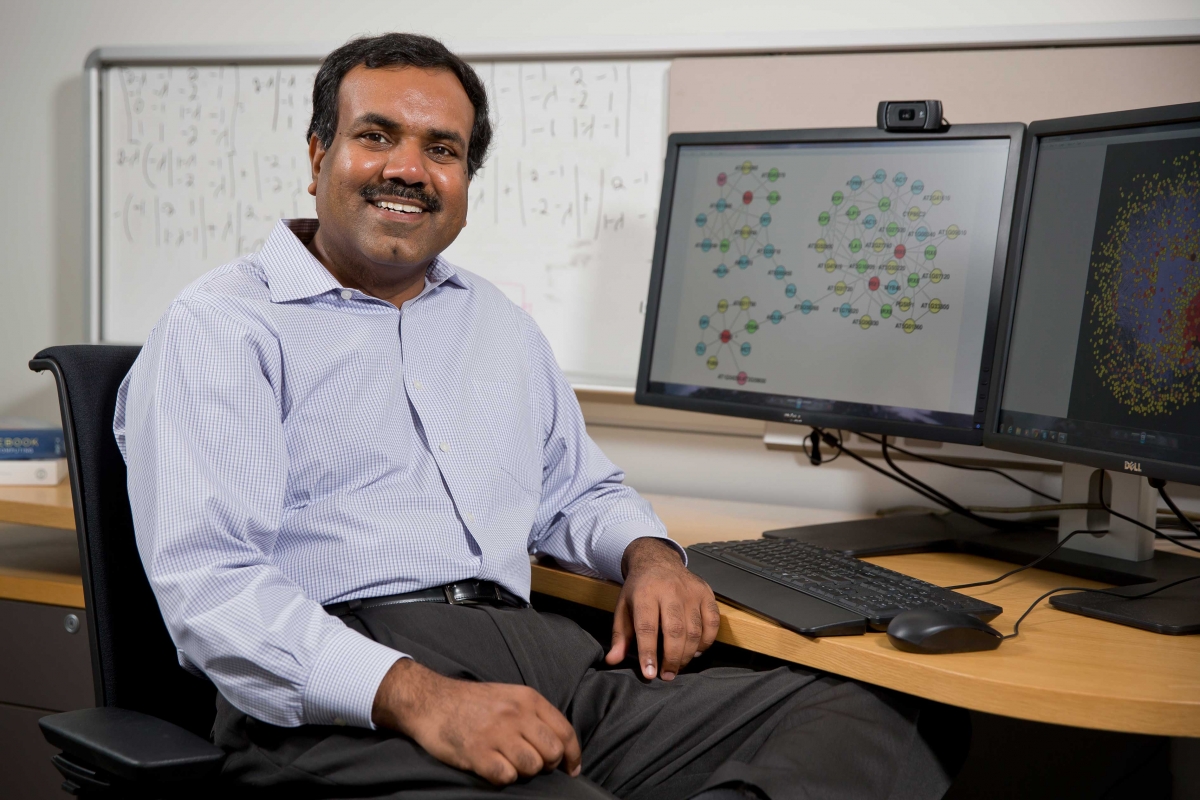 Srinivas Aluru pioneered the development of parallel methods in computational biology and contributed to the assembly and analysis of complex plant genomes. He is a professor in Georgia Tech’s School of Computational Science and Engineering and co-leads Georgia Tech’s Institute for Data Engineering and Science. His current research focuses on developing bioinformatics methods for high-throughput DNA sequencing. Prior to joining Georgia Tech, Aluru spent 14 years as a professor in the Department of Electrical and Computer Engineering at Iowa State University, where he held the Ross Marin Mehl and Marylyne Munas Mehl endowed professorship (2009-2013) and served as the Richard Stanley Chair in Interdisciplinary Engineering in the College of Engineering (2006-2009). He received university awards for Outstanding Achievement in Research (2011), Mid-career Achievement in Research (2006), and Young Engineering Faculty Research (2002). He received the Warren B. Boast Undergraduate Teaching Award in 2005.

The John V. Atanasoff Discovery Award recognizes alumni of the College of Liberal Arts and Sciences who have significantly advanced scientific knowledge through laboratory accomplishments and/or management. The award recognizes the achievements of John V. Atanasoff and graduate student Clifford Berry, who invented the world’s first electronic digital computer. 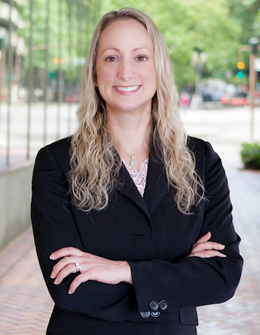 Christy Doornink is the President of Reinisch Wilson Weier PC, the largest workers’ compensation defense law firm in the Pacific Northwest. The firm focuses on representing self-insured and state-fund employers and third party claims administrators in all aspects of workers’ compensation matters. Doornink joined Reinisch Wilson Weier PC shortly after finishing law school, where she discovered its intersection of law and medicine involved in workers’ compensation was the perfect blend of her interests and aptitudes. She manages a staff of roughly 95 employees in offices in Portland, Ore. and Seattle, Wash. After completing her degree at Iowa State, she earned her Juris Doctor from the Lewis & Clark Law School in Portland with a certificate in Environmental and Natural Resources Law. 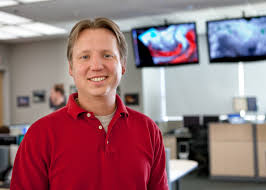 Adam Clark is a research meteorologist for the National Oceanic and Atmospheric Administration’s (NOAA) National Severe Storms Laboratory (NSSL) in Norman, Okla. He has planned and facilitated the NOAA Hazardous Weather Testbed (HWT) Spring Forecasting Experiment, an annual forecasting experiment that is a collaborative effort between scientists and operational forecasters at NOAA’s Storm Prediction Center (SPC) and NSSL, since 2010. Prior to his current position, he was a meteorologist at the Cooperative Institute for Mesoscale Meteorological Studies (CIMMS) at the University of Oklahoma. He continues to hold an affiliate assistant professor position at the University of Oklahoma, where his work focuses on ensemble model weather predictions of severe thunderstorms and tornadoes. Clark received all three of his atmospheric science degrees from Iowa State and became the only atmospheric science student to receive the ISU Zaffarano Prize for outstanding research by a graduate student. While at ISU, he published 13 scientific papers, a number which has now grown to 35. He received the Editor’s award for his excellent service in reviewing for the journal Weather and Forecasting in 2011. In 2012, he received the prestigious Presidential Early Career Award for Scientists and Engineers (PECASE), which was awarded by President Barack Obama at a White House ceremony in 2014.

The Young Alumnus/Alumna Award recognizes alumni of the College of Liberal Arts and Sciences who are under 40 years of age and who have excelled in their professions and provided service to their communities. 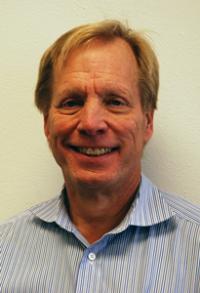 Tom Miller began his extensive career at Microsoft in 1989, where he led numerous key software projects, including designing Microsoft’s NTFS file system, which he implemented for the first version of Windows NT (now Windows 7). He designed and implemented the Windows Cache Manager and contributed to an advanced file system incubation project. Miller also contributed to the development of Windows 8 as an architect. As of spring 2013, Miller had 18 US patents awarded, with five more pending. Although he is considered “semi-retired,” he continues to make important contributions in computer science. He received his BS in computer science from ISU in 1972 and joined the department’s External Advisory Board (EAB) in 2009. He expanded his service as an EAB member for the Software Engineering Program in 2010. As a supportive alumnus and generous donor, Miller established the Tom Miller Fellowship in Computer Science in 2012 to support and encourage computer science graduate students to present their work at top tier international conferences and to publish in top research journals.

The Citation of Merit Award recognizes distinguished alumni of the College of Liberal Arts and Sciences who have demonstrated outstanding achievement and received national or international recognition. 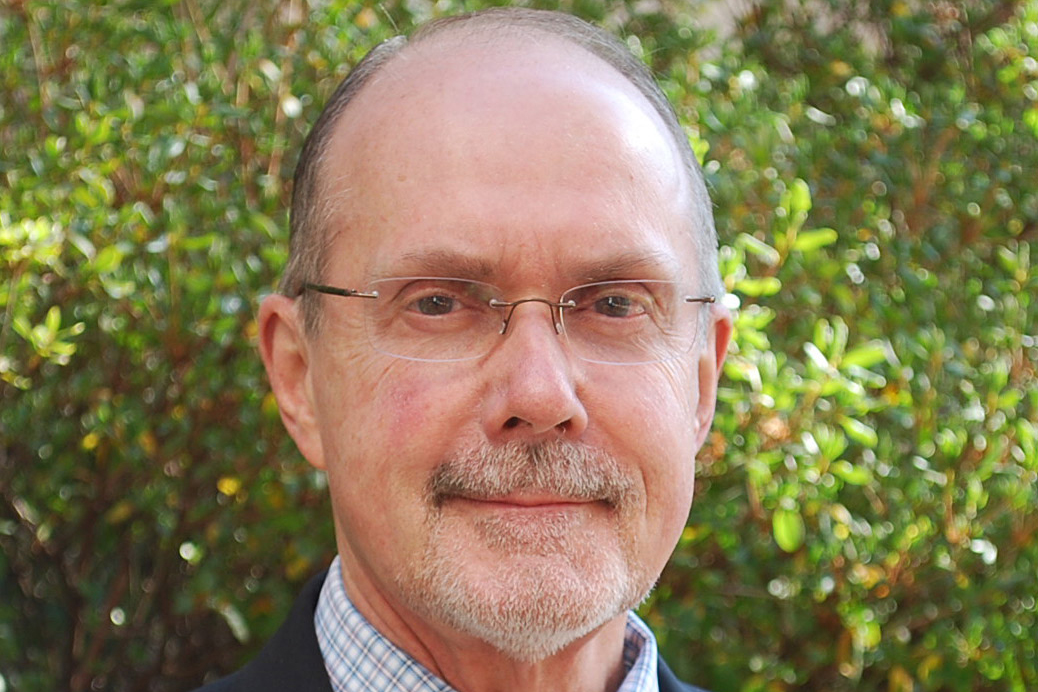 George Strawn is a world-renowned scholar in the computing world. Before retiring in 2015, he led the coordination of all federal research and development activities in IT as the Director of the Federal Networking and Information Technology Research and Development (NITRD) National Coordination Office (NCO) near Washington, D.C. He served as the Co-chair of the NITRD Subcommittee of the National Science and Technology Council (NSTC) Committee on Technology (CoT), where he oversaw the operations and activities of the NITRD Program. Strawn served as the National Science Foundation’s (NSF) Chief Information Officer, where he guided the agency in the development and design of innovative information technology, working to enable the NSF staff and the international community of scientists, engineers and educators to improve business practices and pursue new methods of scientific communication, collaboration, and decision-making. Strawn came to Ames as a computer science instructor in the fall of 1966. He earned his Ph.D. in mathematics in 1969 when the Department of Computer Science was founded at Iowa State. Immediately upon graduation, he was hired as an assistant professor in computer science. He went on to become the assistant director of the Computation Center and was promoted to associate professor in 1977. He was appointed assistant dean of the College of Sciences and Humanities, and later served as the Department Chair of Computer Science before opportunities came from the federal domain.

The Distinguished Service Award recognizes alumni, faculty and friends of the College of Liberal Arts and Sciences who have demonstrated outstanding service or academic contributions that further the educational mission of the college.